Exploring the use of the verbal intelligence quotient 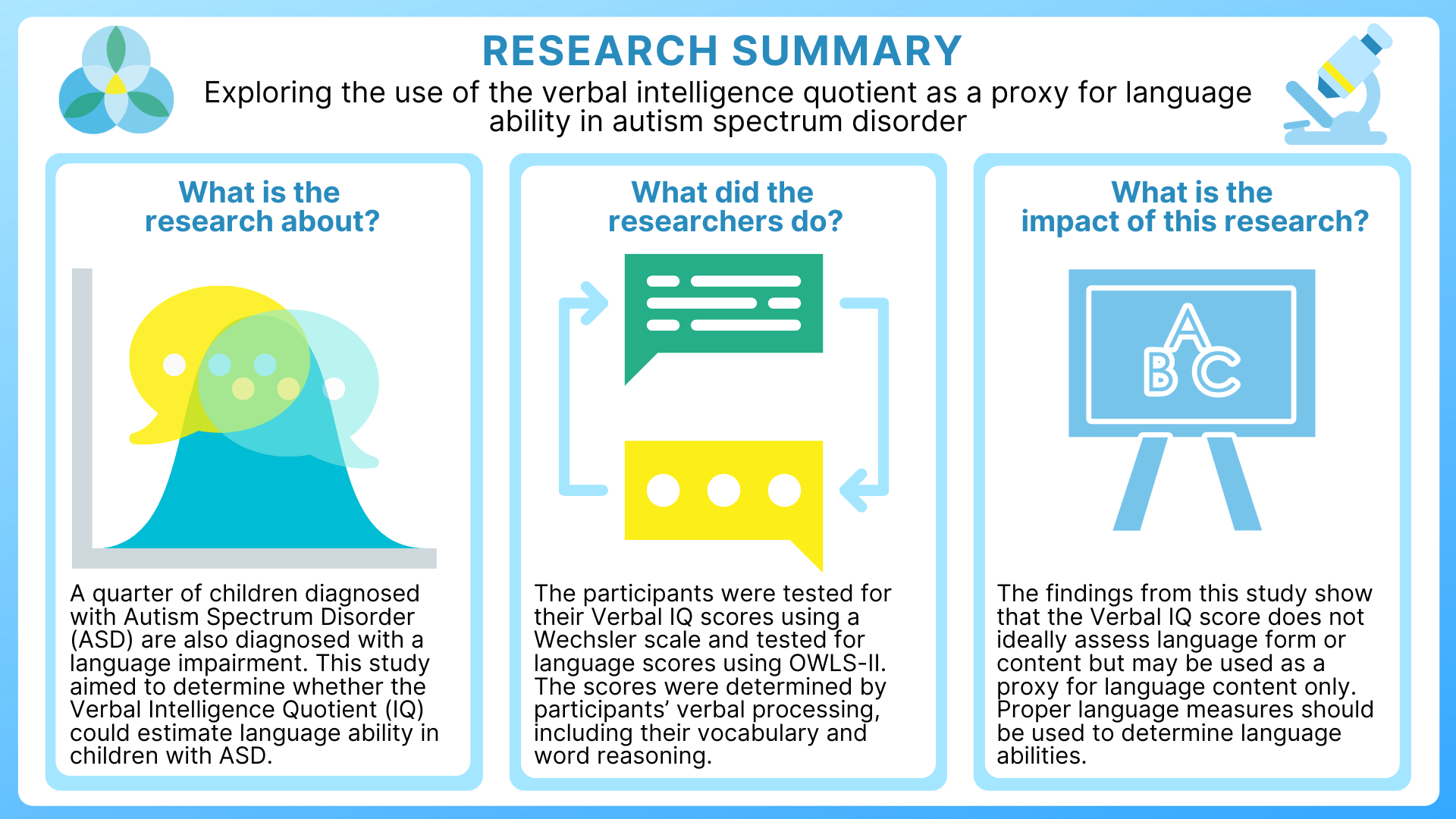 What is this research about?

At least a quarter of children diagnosed with autism spectrum disorder (ASD) are also diagnosed with a language impairment that affects their ability to communicate. Spoken and written language can be broken down into language form (i.e. how words and sentences are put together) and language content (i.e. the words themselves and their associated meaning). Verbal IQ can measure someone’s overall verbal intellectual abilities. The researchers aimed to know whether Verbal IQ could be used to measure receptive and expressive language skills in individuals with ASD and to measure language form and content in typical development (TD) individuals.

What did the researchers do?

The researchers examined the Verbal IQ scores of 714 research participants aged 3–21 years: 488 with ASD and 226 with TD. The Verbal IQ scores were calculated using the Wechsler scale that test participants’ verbal processing, including their vocabulary and word reasoning. In addition to the Verbal IQ, the researchers collected participant’s language scores using a standardized assessment called the OWLS-II. Language scores were calculated using Listening Comprehension (LC) and Oral Expression (OE) data from the OWLS-II.

What did the researchers find?