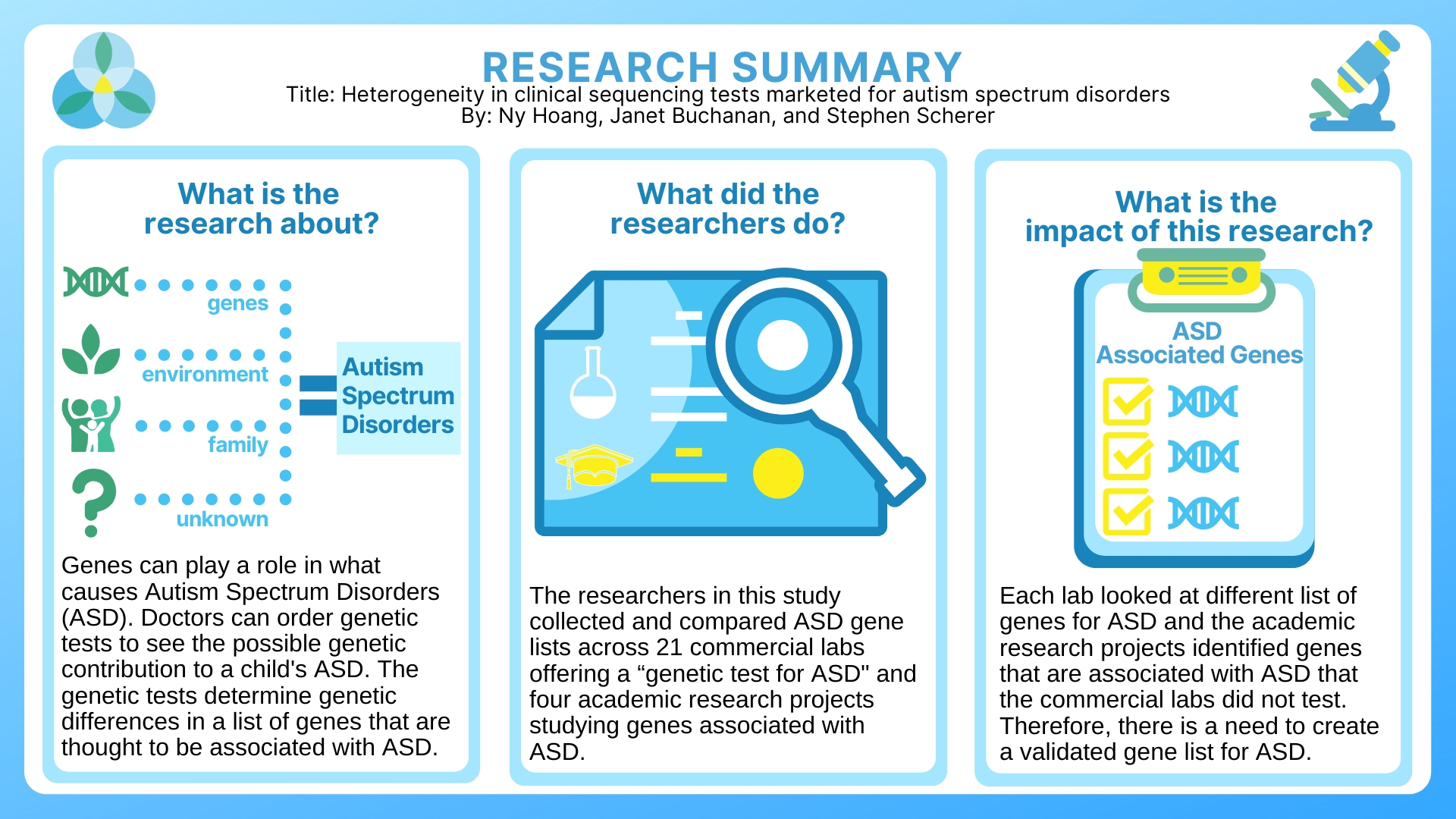 What is the research about?

Autism spectrum disorder (ASD) is diagnosed by experienced professionals who look at a child’s behaviour and development. What causes ASD is complex, but there is increasing evidence that genes play an important role. To investigate the genetic contribution to a child’s ASD diagnosis, clinicians can order genetic tests marketed for ASD. These tests look for genetic differences in a list of genes that are thought to be associated with ASD.

What did the researchers do?

Humans have approximately 25,000 genes. The number of genes associated with ASD is a moving target and depends on how the scientific evidence is evaluated. Researchers in this study examined 21 commercial labs offering a “genetic test for ASD” and collected the list of genes included on each genetic test. The researchers then collected the lists of ASD genes created by academic research projects studying ASD. The researchers compared the ASD gene lists across the 21 labs and 4 academic research projects.

What did the researchers find?

There is no universally accepted “number of ASD associated genes” and each lab is testing different genes. There is a need to create a validated gene list for ASD based on the scientific evidence available and using a standardized (consistent) process. A validated gene list will be helpful in both clinical and research settings. The researchers stated that there should be a process for updating that list as further evidence is collected.

Click here for a PDF version of the clear language report.