Preschool children with autism spectrum disorder (ASD) differed from each other in symptom severity and adaptive functioning at the time of diagnosis and some of these differences appeared to increase by age 6, according to a study published online by JAMA Psychiatry.

Although a small proportion of children with ASD will lose the diagnosis at some point in their life some literature suggests that ASD is a lifelong condition involving persistent and stable impairments in language, social skills, educational attainment and activities of daily living, according to the study background.

Peter Szatmari, M.D., of the Centre for Addiction and Mental Health, Toronto, Canada, and coauthors described the developmental trajectories of autistic symptom severity and adaptive functioning in a group of 421 newly diagnosed preschool children with ASD who were participating in a large Canadian study. Data collected at four points from diagnosis to age 6 years were used to track the developmental trajectories of the children.

“During the preschool years, there appears to be only a small amount of ‘yoking’ [hitching together] of the developmental trajectories in autistic symptom severity and adaptive functioning. It is imperative that a flexible suite of interventions that target both autistic symptom severity and adaptive functioning should be implemented and tailored to each child’s strengths and difficulties,” the study concludes. 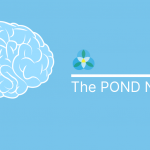