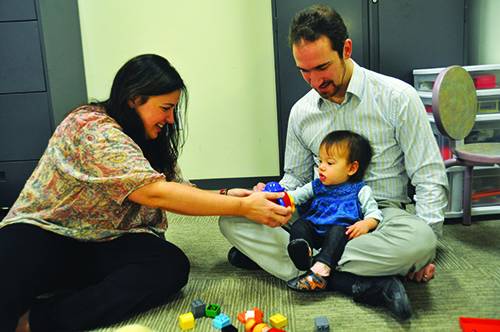 Neurodevelopmental disorders arise from disturbances in the growth and development of the brain and the nervous systems. Children with Attention Deficit/Hyperactivity Disorder (ADHD), Autism Spectrum Disorder (ASD), Intellectual Disability (ID), Obsessive Compulsive Disorder (OCD), Tourette syndrome, Rett syndrome, Down syndrome, Fragile X syndrome or any genetic differences are among those who are said to have a neurodevelopmental disorder. There are more than 300,000 children and youth in Ontario with neurodevelopmental disorders. Although there have been significant gains in the treatment of some of these disorders, our ability to change long-term outcomes remains limited. There are few effective medications and they are only partially effective and have significant adverse effects, particularly in children. Thus, there is a clear and urgent need for new and better-targeted therapies that include behavioural and psychosocial interventions.

To address these gaps, the POND Network has brought together a multidisciplinary team of scientists, clinicians, engineers, and community stakeholders who share the goal of improving the long-term outcomes for children with neurodevelopmental disorders. This network is carrying out biomedical research studies aimed at understanding these disorders and has created a clinical trials network that specializes in childhood neurodevelopmental disorders — a first in Canada — to speed up the development of new and more effective medications and psychosocial interventions.